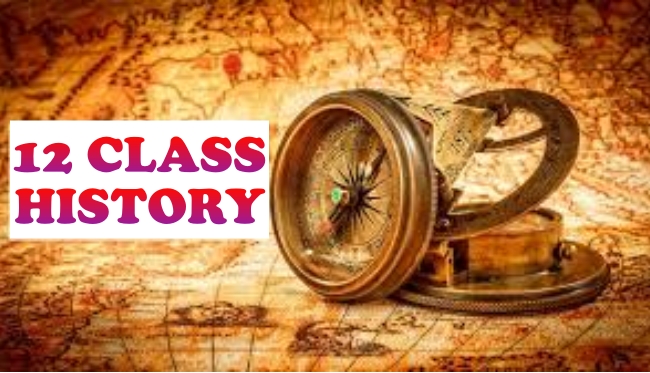 (1) The founder of the Mughal dynasty was Babur. Other rulers of this forest were Humayun, Akbar, Jahangir (Salon), Shah Jahan and Aurangzeb, Akbar was the great ruler of this forest.
(2) A continuous chronological account of the events of the chronicle style (history).
(3) Mughal court chronicles were written in the Persian language.
(4) Nastaliq was Akbar’s favorite writing style.
(5) The historian Abul Fazal has described the painting as a Jadavi art.
(6) In 1784, the Asiatic Society of Bengal was founded in Calcutta by William James. The purpose of this was to edit, publish, and translate Indian manuscripts.
(7) The word ‘haram’ derives from Persian which means sacred place.
(8) The Mughal rulers started the tradition of court historiography. Appointed court historians and made the court language of Persian. Hence, M. Abul Fazl was the first court historian to sing chronicles in Persian.
(9) In the chronicles written by the court historians, there is a glimpse of royal ideologies.
(10) During Akbar’s reign, the Mahabharata was translated into Pardi in the name of the book ‘Rajmanama’ Wars.
(11) Kitab Khana was established for the creation of manuscripts under the Mughal rule, where all the works associated with the writing of manuscripts were performed.
(12) The divine light of God on Mughal emperors has been depicted by court historians and painters in their works.
(13) Fur-ee – Ijadi means that the light that is disposed of the God who received the Mughal Emperor as an emissary of the Mughal Empire.
(14) The rule of Akbar is an important Niti Sulah-ai-phool.
(15) Akbar ended the pilgrimage in 1563 and Jiziya in 1564.
(16) The Mughal ruler protects the four conditions of his subjects – life, wealth, honor, and trust, and in return, he demands obedience and a share in resources. Thus Abul Fazl defined the sovereign power as a social contract.
(17) Put a chain for the justice of Jahangir so that any person can plead for justice. In the Mughal monarchy, the judicial system was so good that pictures – lions or goats or cows were shown sitting together.
(18) Various capitals were selected by the Mughal emperors for religious, strategic, fulfillment of the aspirants, and for displaying the post and power.
(19) Various methods of etiquette and salutation were adopted by the Mughal rulers were the introduction of the status of a person.
(20) Cornis, Sijda, Char Taslim, and Jamibosi were the methods of Mughal salutation.
(21) The Mughal emperor started his day with Jharokha darshan. The purpose of this practice was to further expand the acceptance of imperial power in the form of public trust.
(22) The Mughal emperors started the practice of celebrating the anniversary of the throne, Eid, Shaka-ee-Baaraat, Holo, the birthday of the Anusara ruler of Suryavarsha Aom Chandravarsh, ‘Nauroz’ etc. in the festive court.
(23) There was a tradition of Mughal emperors taking titles on special occasions. Designations could also be obtained by emperors from the emperors on merit or by purchase.
(24) Khiladi (deposit of goods) and Sarappa (from Sir to Paav) was the major gifts given by the Mughal emperor.
(25) The finances of women (Begums) of royal families used to interfere in administrative areas also. The names of Gulbadan Begum, Nur Jahan, Jahanara, Roshanara are notable among them.
(26) The aristocracy under the Mughals was of mixed type i.e. Irani, Turani, Afghani, Turkish, Russian, Abyssinian Arabic, Syrian, Rajput Dakini. Who served as military commanders in military operations.

(27) Raja Bharmal of Amber was the first Rajput who joined Akbar’s royal army. And married his daughter to Akbar.
(28) Iranians attained high rank during Jahangir’s rule, Nur Jahan was Iranian.
(29) Mansab was provided to the Mughal aristocrats for their services according to the caste Aom rider. Jat refers to the rank of officer in the royal hierarchy and the beton and rider indicate how many cavalries are expected to be in service. Akbar started the Mansab system.
(30) Their ministers were appointed for proper governance. Mir Bakshi (Highest payer), Diwan – Ai-ala (Finance Minister), Saad-eus – Far (Madad – Ai-Mash or Translation Minister)
Go to top
.